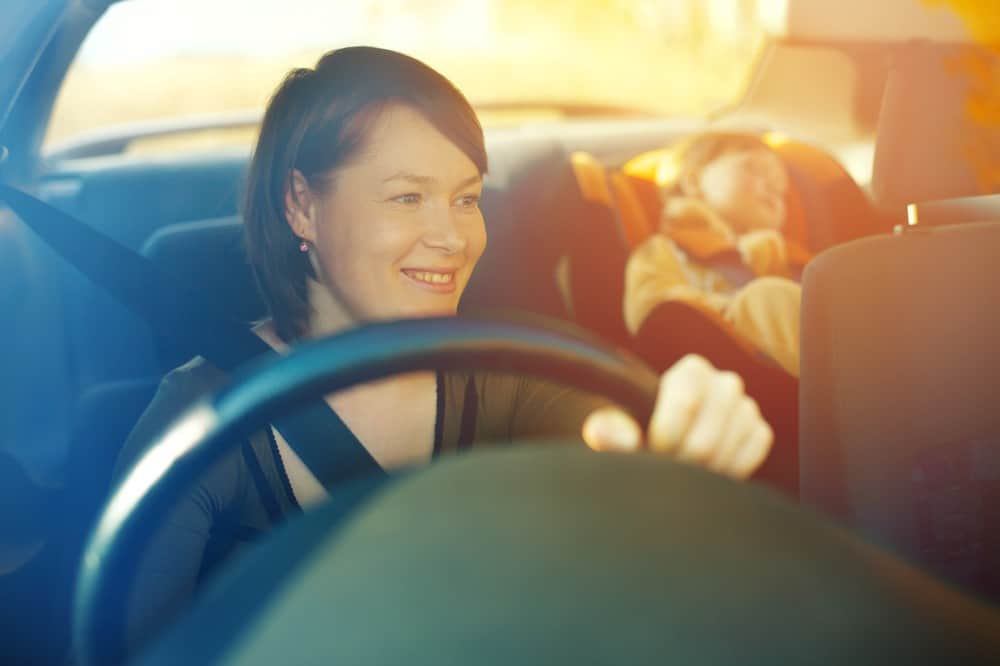 Babies require a lot of equipment for their care during the first year. Strollers, sitting devices, diaper bags, toys, playpens, and more, are all part of the daily needs of a baby. It’s understandable that a parent would want to get double duty from the stuff they have to lug around and catch a break for a little while. However, no matter how tempting it may be, some pieces shouldn’t be used for anything other than their original purpose. One of those is the car seat, a very handy item, but it’s a bad idea to let baby sleep in one outside of the car. Here’s why:

Sitting Devices are Designed for One Purpose Only

Sitting devices are designed to keep a baby in an upright and semi-restrained position while traveling in a car. There is absolutely nothing wrong with letting your baby sleep while restrained in a sitting device and the car is being driven. Babies can and will fall asleep during a trip in the car, and it’s OK that they do so while sitting in the device as that’s what it’s for: keeping a baby safe while a car is in motion. But the safety features don’t extend to uses outside of the car.

They’re Not a Substitute for a Bassinet or Crib

Left Restrained in a Hot Car

There are a number of reasons why parents leave their babies in a hot car with the unfortunate outcome of the death of the baby. The reasons range from parental fatigue to intoxication, but there’s no changing the outcome in these situations. As of August 16, 2019, there have been 35 child hot car deaths. The best way to avoid this outcome is for parents to communicate with one another, make it a point to check the back seat of the car before walking away, and/or using a baby reminder tool that attaches to the sitting device and sends an alert to a smartphone.

To date, efforts to pass legislation that would compel automakers to include a child safety alarm for a child left in a sitting device have failed. Automakers have not deemed it necessary to install a seat alarm for sitting devices, and there are no cars on the road that currently offer this feature.  It’s up to parents and caregivers to keep their wits about them when transporting a baby in the car to avoid a tragedy.

Another cause of death for babies in sitting devices is suffocation. This arises when the sitting device is set on an angle that puts the baby in a sitting position that’s too high and causes the baby’s head to be pushed forward. In this scenario, a baby can’t push their head back for relief. And because the head of a baby is heavy, the weight can crush the trachea and cause the baby to suffocate.

Loose or improperly positioned straps are also a potential cause of death. When straps are loose, a baby can move around and get their neck caught on the straps. Or the baby can slip out of the seat and fall onto a nearby surface that they are unable to push off of or move away from and suffocate as a result.

Use the Car Seat Properly and Avoid Tragedy

The number one thing to be aware of when using a sitting device is to use it for its intended purpose. A sitting device is intended for use in the car and for short, transitional trips. Avoid leaving a baby in the device for any length of time after removing them from the car and place them in their crib as soon as possible. It’s a good habit to get into, and it’s one that keeps the baby safe from harm.

Make sure to use the sitting device according to the manufacturer’s instructions. Check the angle of the sitting device when it’s placed in the car in order to make sure that the baby’s head isn’t being forced forward. Place the shoulder straps so that they come up to the sides of the head and fully cover the shoulders for proper restraint. Finally, adjust the buckle so that it’s placed over the groin and isn’t in danger of slipping upwards towards the chest. The harness in a sitting device is at its most effective when the straps and buckle are in their proper positions without risk of slippage and the seat angle prevents the head from coming too far forward.

Babies rely upon parents to keep them safe and secure during their vulnerable stages. Parents can make sure their children stay safe by maintaining situational awareness of when their child is in the car, making sure the sitting device is on the right angle and the straps aren’t loose, and to only use the sitting device for it’s intended purpose.