Video games: Are they dangerous to your child? 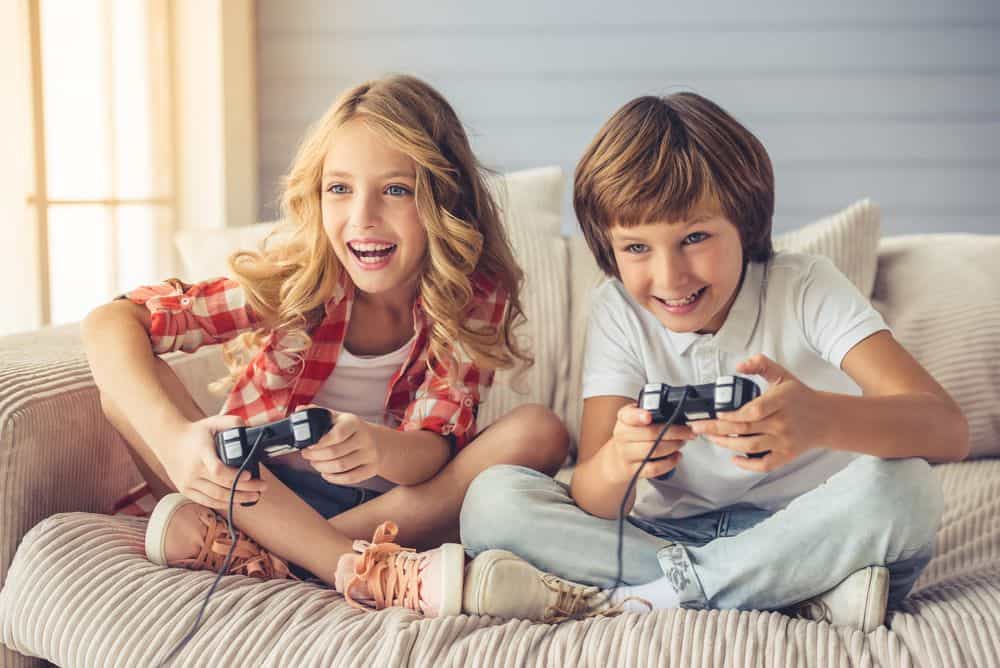 The fact is that video games went mainstream in this decade, so everyone is playing! Did you know that half of the gamers today are women and that the average player is around 35 years old? Thanks to smartphones, everyone is gaming, which can be a nightmare to some parents. The situation is confusing because there are still debates if video games are harmful to children, especially those violent ones like Grand Theft Auto V or the whole first-person genre.

If you don’t know much about video games, the best thing to do is to educate yourself. Human nature makes us fear things we don’t understand, so next time when your kid is playing something, spend some time with him or her and see what’s it all about. Gamers usually like when they have a crowd, so ask them what are they playing and why do they like it. For now, don’t make a judgment. Try to see what happens when your children stop playing and how does it affect them. Also, pay attention to how much time they spend playing. It’s essential to make boundaries, but not by playing a strict parent. You shouldn’t make a big deal if the session goes longer for a few minutes, especially if it’s an online game.

Many parents are scared of video games because they think their children will neglect school because if it. One tip is to have your son or daughter finish his homework before he or she starts playing games. It’s not a good idea to do it vice versa, because after the game ends, your kids will still think about the game for a while, and it will be hard to concentrate on work that needs to be done. Whatever you do, you mustn’t make strict boundaries. It’s hard for a parent that is not a gamer to know what is your child playing, especially if he is into online games. They can be quite addictive and competitive, so pay special attention to them. You may think you know your child, but these games can bring the worst in them. The effect is similar to watching nude Snapchat XXX as it may make them misbehave.

As we said, don’t try to forbid your kids to play, but do show that you are interested in what they play. If you a gamer yourself, then you’ll have a much easier time controlling what they play, but even if that’s not the case, don’t be discouraged. You will be a cool mom if you get into these digital worlds and ask occasional questions about the subject. At the same time, you’ll stop worrying if your kid is playing something that is not made for his or her age, like free online porn games. While it should be said that there is no link between violent behavior and video games, a bit of your involvement is encouraged and will give you a sense that you are in control.

Loading...
Newer Post
Baby Shower Favors – an Expression of Love and Appreciation
Older Post
Why It’s Not Safe To Let Your Baby Sleep In A Car Seat